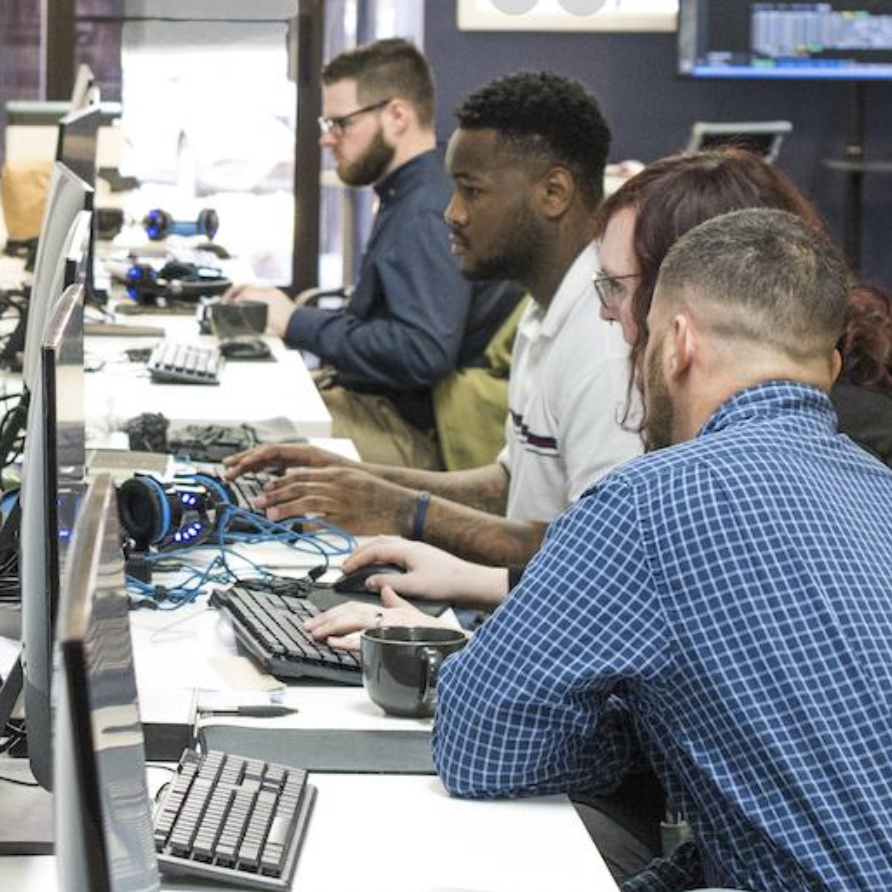 This Nonprofit Provides Tech Training to Incarcerated People So They Have a Better Shot at a Job When They’re Released.

With the world’s largest prison population and recidivism rates nearing 70 percent in some states, the question of what to do with formerly incarcerated people after they have completed their prison terms continues to vex the United States.

The Memphis-based nonprofit Persevere sees opportunity in those depressing statistics by providing engineering and coding training to incarcerated people so they have a better chance at gainful employment after they are released.

“I think we have answered the question as to whether someone can be rehabilitated and that you can change someone’s trajectory, decision-making attitudes, and criminal activity,” Sean Hosman, founder of Persevere, told TriplePundit. “And what is enough to do that? What’s enough to get somebody to go with a different life? Can you give them something, enough hope, enough skill, enough opportunity?”

Hosman believes Persevere’s programs offer that path to hope, skill and opportunity for incarcerated people. “Those who graduate from Persevere and are released have a 93 percent job placement rate and 85 percent job retention rate,” he told us. “For anybody that graduates from our program, the recidivism rate is 1.8 percent, and that’s compared to a national average of anywhere from 45 percent to 70 percent recidivism rates around the country, depending on how they define recidivism.”

Hosman founded Persevere after spending time behind bars and being arrested 12 times over a two-year period as he battled drug and alcohol addiction. He realized that while he could continue to earn a living thanks to his technological skills, other formerly incarcerated people and those with criminal records struggled to find jobs and stabilize their lives.

Since its founding in 2012, Persevere has grown to offer programs to incarcerated people in six states and is in negotiations to expand into several more. Nationally, Persevere has partnered with the Responsible Business Initiative for Justice (RBIJ) to establish the National Institute to Unlock Potential (UP). Funded through the Walmart.org Center for Racial Equity, the UP aims to break the cycle of incarceration by providing meaningful employment opportunities to a statistically at-risk group of young people.

“I’m really proud of the people that are now delivering these programs. I’m proud of the transformation of lives,” Hosman said. “One of the programs here in Tennessee is the 2 Gen program. We don’t just teach the incarcerated mom and dad, we teach their 10- to 18-year-old children at the same time how to be technologists, so we’re watching the social capital of an entire family unit rise.”

Hosman said he is “proudest of the fact” that Persevere is focused on the inequities in the criminal justice system with black and brown communities. He cited a September 2020 Deutsche Bank study, “America’s Racial Gap and Big Tech’s Closing Window,” which concluded that if current trends continue, the exponential growth of the digital economy will leave large chunks of minority communities with little or no access to jobs. By 2045, an estimated 76 percent of African Americans and 52 percent of Latinos will be either completely ill prepared or shut out of 86 percent of available jobs, according to the study.

“That is a staggering prediction that should be on the front page of every paper in my book,” Hosman said. “I’m very proud that we have been able to focus on some of those populations, understand their contextual plight and then provide hope and skills and opportunity to them.”

Jabarre Jarrett, a case manager and facilitator for Persevere, became aware of the nonprofit when he moved into a halfway house in Bristol, Tenn., after serving five years in prison. “They were giving out $1,000 for people to sign up, and they were given out free laptops,” Jarrett said. “Being fresh out of prison, I wanted a laptop.”

Jarrett got the laptop but also learned he would be paid the $1,000 in two installments as he completed his training in HTML, CSS and JavaScript. He also learned just how much Persevere had his back when his 14-year-old daughter attempted to take her own life.

“That was something that . . . pushed me back, and I really couldn’t focus on the program like I should,” Jarrett said. “But Persevere is so family oriented, they stepped in like a family would in a time of crisis. They extended their arms, and they helped us work through that bad time with just love and encouragement.”

Offered the opportunity to work for the nonprofit, Jarrett didn’t hesitate to accept. It’s a job he loves.

“I think it’s something that’s much needed out here, because when you want to change, sometimes you don’t know what you need to know to change, and you don’t know where to find help and resources,” he said. “But if you know somebody that has been through something and they’re willing to share that experience to help make someone better, well, it just makes me feel great to be able to be that person.”